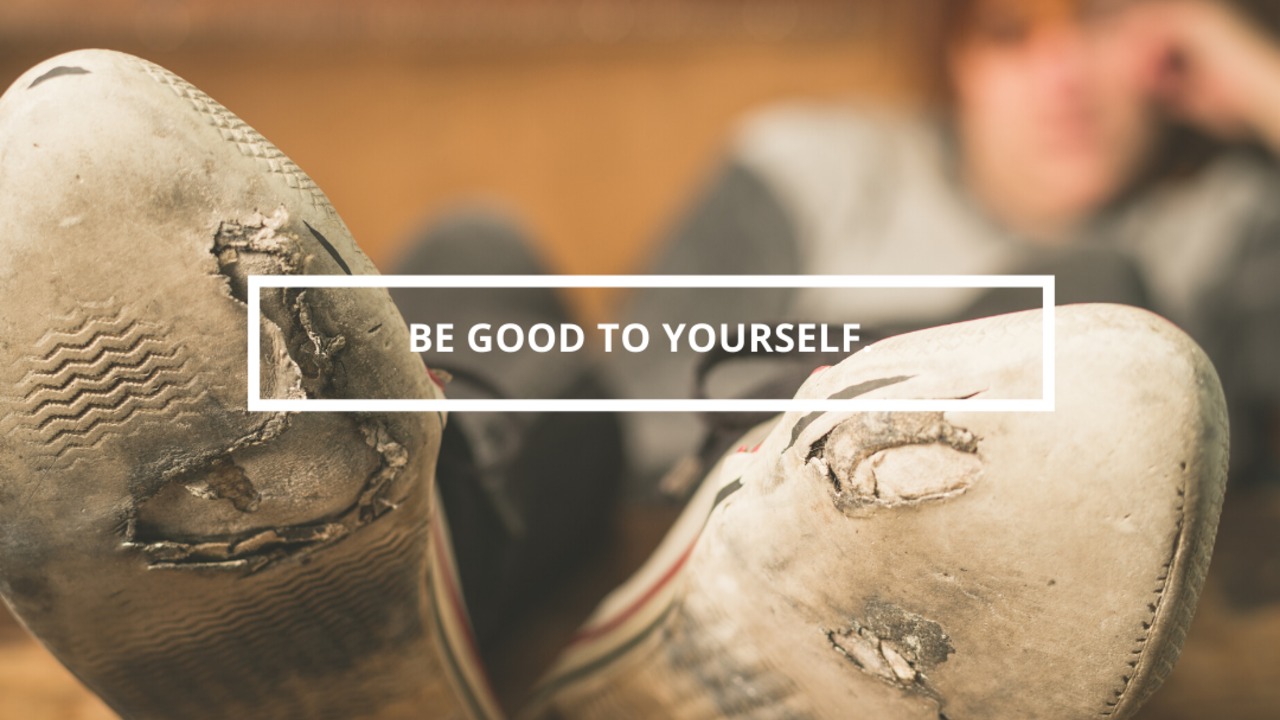 Years ago, I was working with a client who's shoes were utterly worn out. It wasn't that he couldn't afford new shoes; he did quite well for himself. Still, his shoes looked like he found them in a dumpster, badly beaten and soles starting to coming apart from the upper. The next week he came in; this time, his shoes looked like he attempted to fix them with some glue or silicone that had oozed out the side and then dried into a shiny glob.

Week after week, he would come into my office with his tattered shoes. Finally, at one of our sessions, I asked him why he didn't buy himself some new shoes.

"I don't need them, these are fine." He said. "Find?" I questioned. Then I asked him, "Would you let your wife walk around in shoes that were coming apart?" He looked a bit skeptical and said, "Hell, no! I'd take her out right away and get her some new shoes." I asked him, "Why would you treat yourself so poorly?" I could see the light go on inside of him, and he answered: "I guess I don't think my needs are as important." I told him my rule of thumb is that "if we would do something for someone else, we should do it for ourselves as well."

The next week he came in wearing new boots: "I got myself a few different pairs." he smirked with pride.

The core belief of a Nice Guy is that his needs are unimportant; he will spend all of his time and resources trying to make others happy. Rather than investing in themselves, the Nice Guy invests in others, hoping that he will one day get his reward. 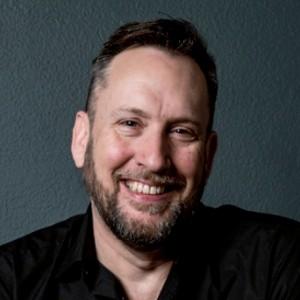 Certified No More Mr. Nice Guy Coach and student of self-development. Chuck has built his private practice by helping others recover from toxic shame and overcoming their Nice Guy Tendencies. He is a contributing writer for The Good Men Project frequent contributor to many popular online publications. Chuck is the grateful father of Christina a gold medalist in Special Olympic, husband to Jennifer, a Speech Pathologist, and step-father to three amazing adult children who keep him humble by frequently beating him at every board-game in their extensive collection 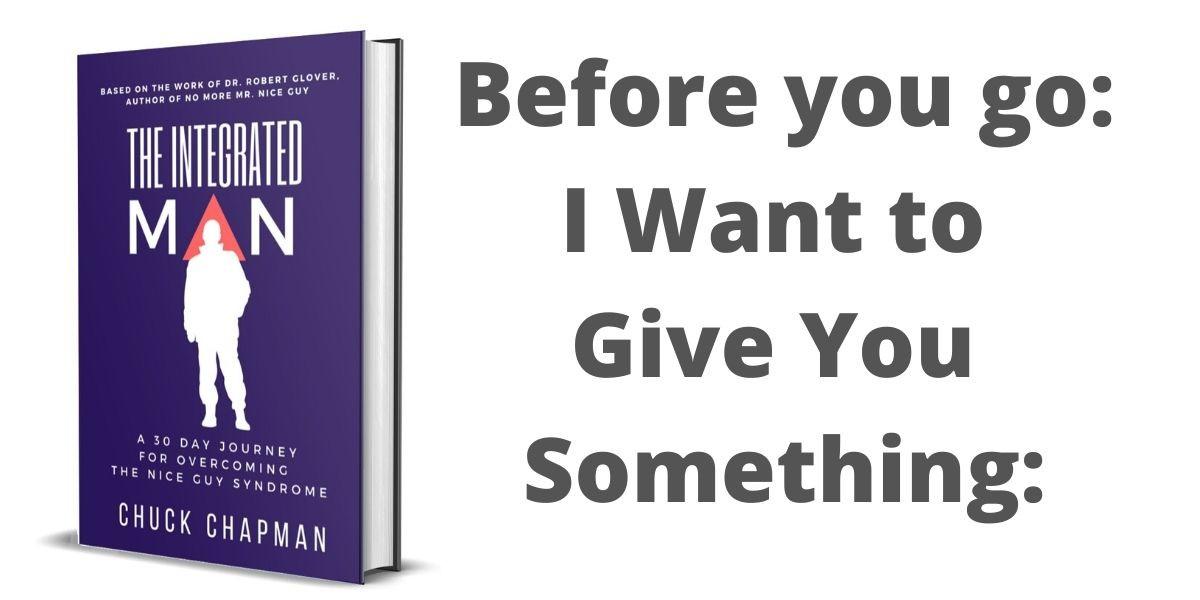 I'll send you my new ebook "The Integrated Man: A 30 Day Journey for Overcoming the Nice Guy Syndrome."

Yes, Send me the eBook
Close

Enter your name and email address so I know where to send you my newsletter and the 30 Rules for Overcoming The Nice Guy Syndrome.